Old Macdonald has woken, and steps outside to a new day. Little does he know of the chaos that is about to expound. Explore his farm, meet his friends and embark on a few adventures. Interact with the animals as you try to sort out the disruptions and work the day has brought. Lucky Old Mac’s sidekick ‘Zeke Jimbob’ is always hanging around looking for a new adventure and a bit of fun!

This mission is a parody of the kids song ‘Old Macdonald had a farm and has a lighthearted and comical feel to it.

SavedByGrace has kindly donated his time and voice to help me try achieve a deeper connection with the characters. He has done a great job with the voices and the mission wouldn’t be the same without them.

Features:
* Voice Acting by SavedByGrace. [Huge shoutout here…so many voices. Thanks heaps]
* Many tasks to complete.
* Farm Racing.
* Beat the farm jump record.
* Solving riddles.
​* Exterminate vermin.
* Loads of songs.
* Use radio [0,0,7] to playback hints of your active tasks [most of them].

Assault on Zargabad 3 is a remake of the missions in the same name by Dj Otacon. Assault on Zargabad 2 is a mission me and my friends had played for a long time, several times. It is, infact, perhaps our favourite mission for PvP. It has its ups and downs but it was fun never the less.

This remake is supposed to bring back the action in Zargabad back, merging all the new systems of End-Game and the newer CUP mods.

Features:
The new respawn and revive system updated to the Apex’ DLC standards (Apex is not required).
Respawning vehicles in main base and in several key locations around the map.
AI framework that uses VCOM AI (and Driving) and a revised version of EOS to spawn and manage AI behaviour.
Zones system that represents whether an area has hostiles on it or not, and notifies you once you’ve liberated an area.

Another of my favorite missions of the original OFP campaign. Mine the road and destroy a superior armored force. 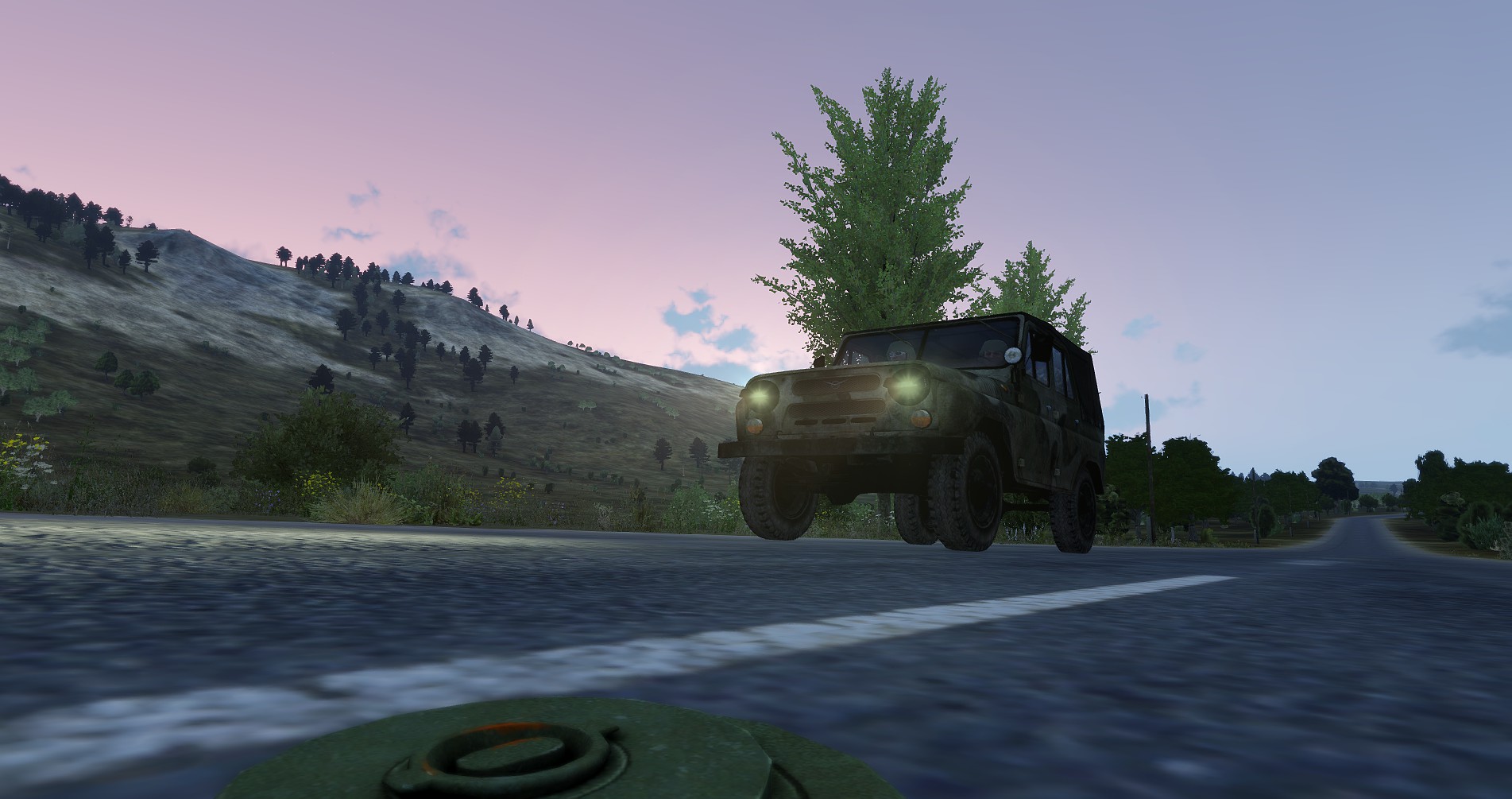 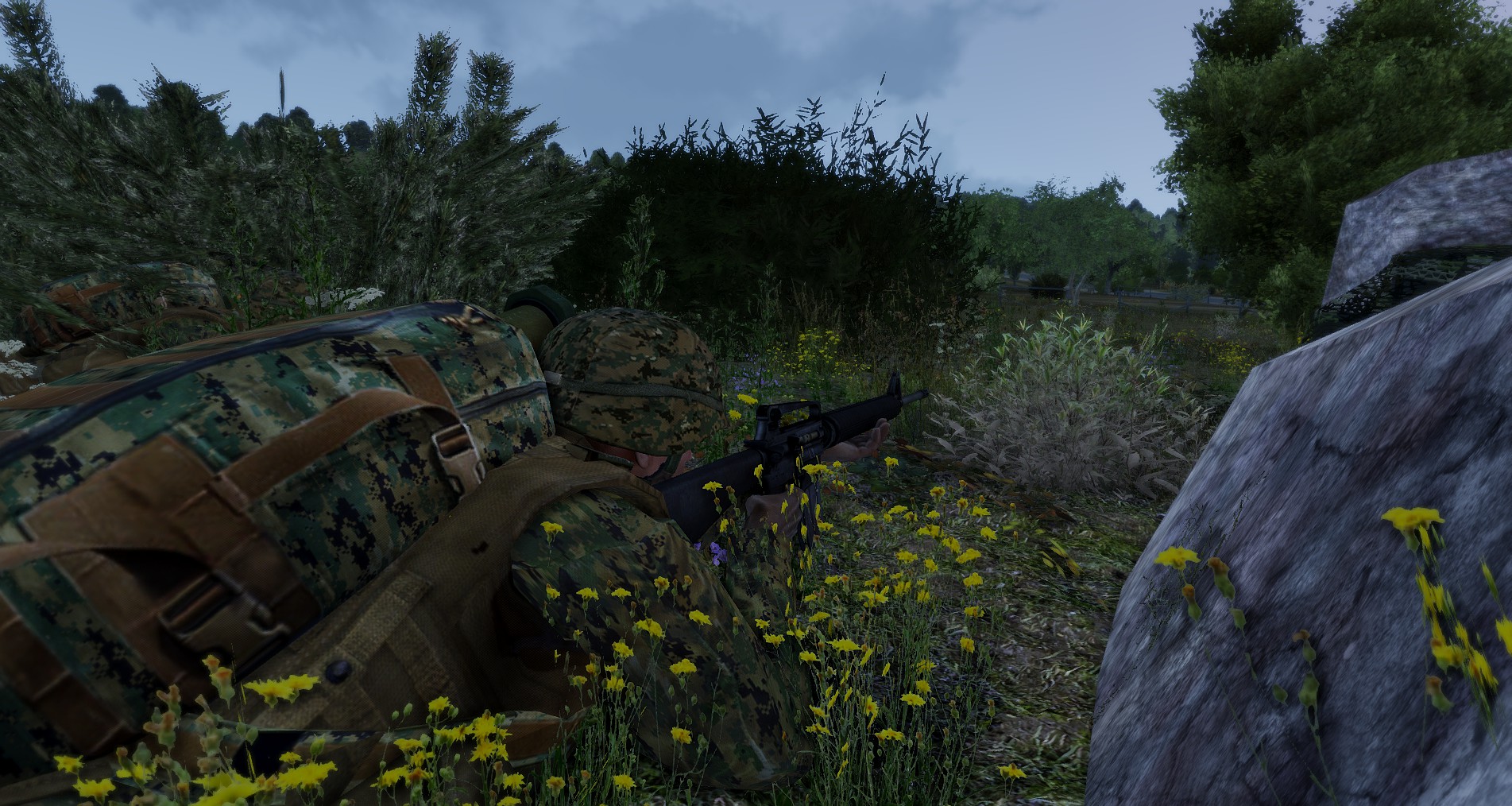 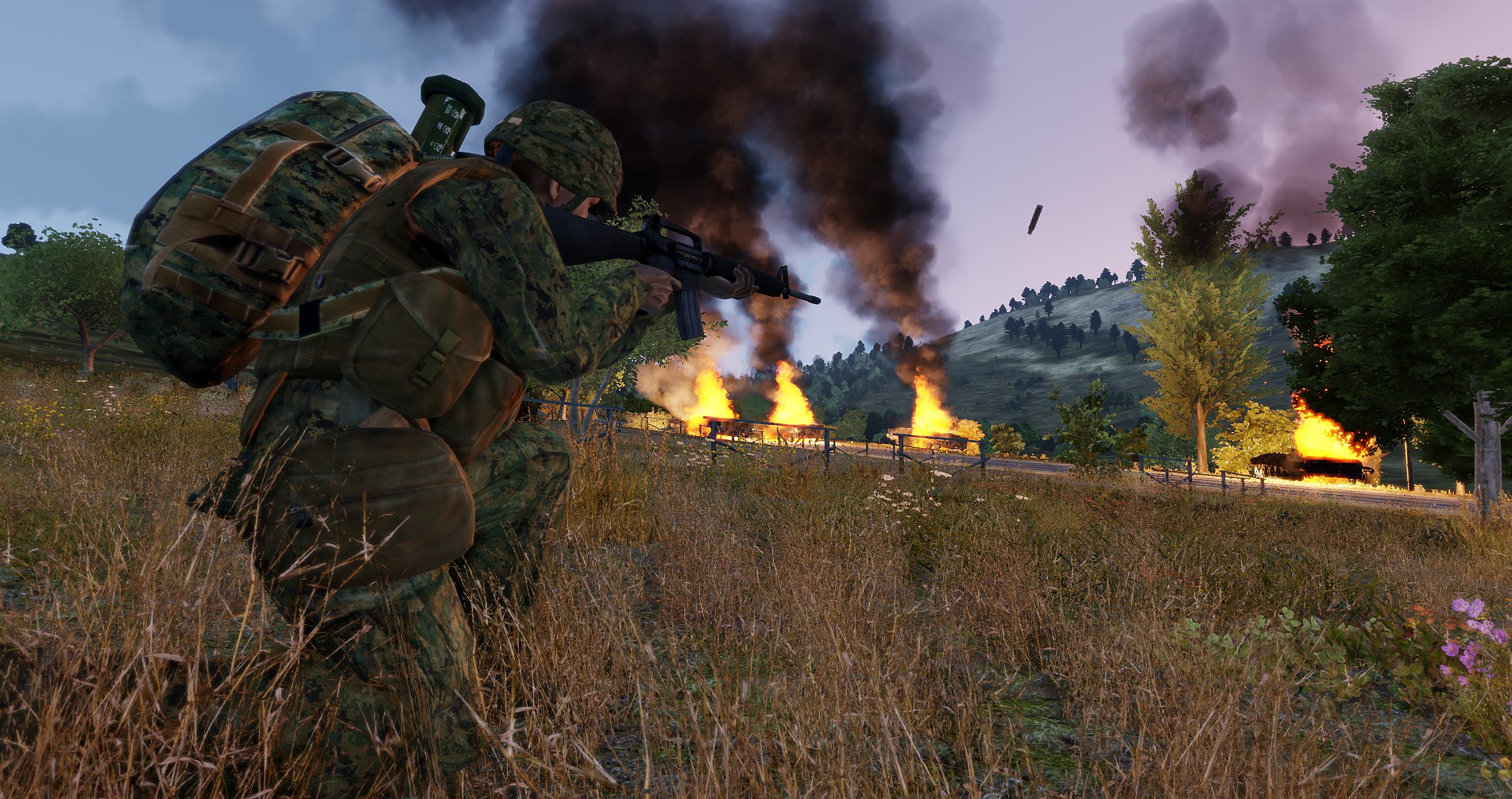 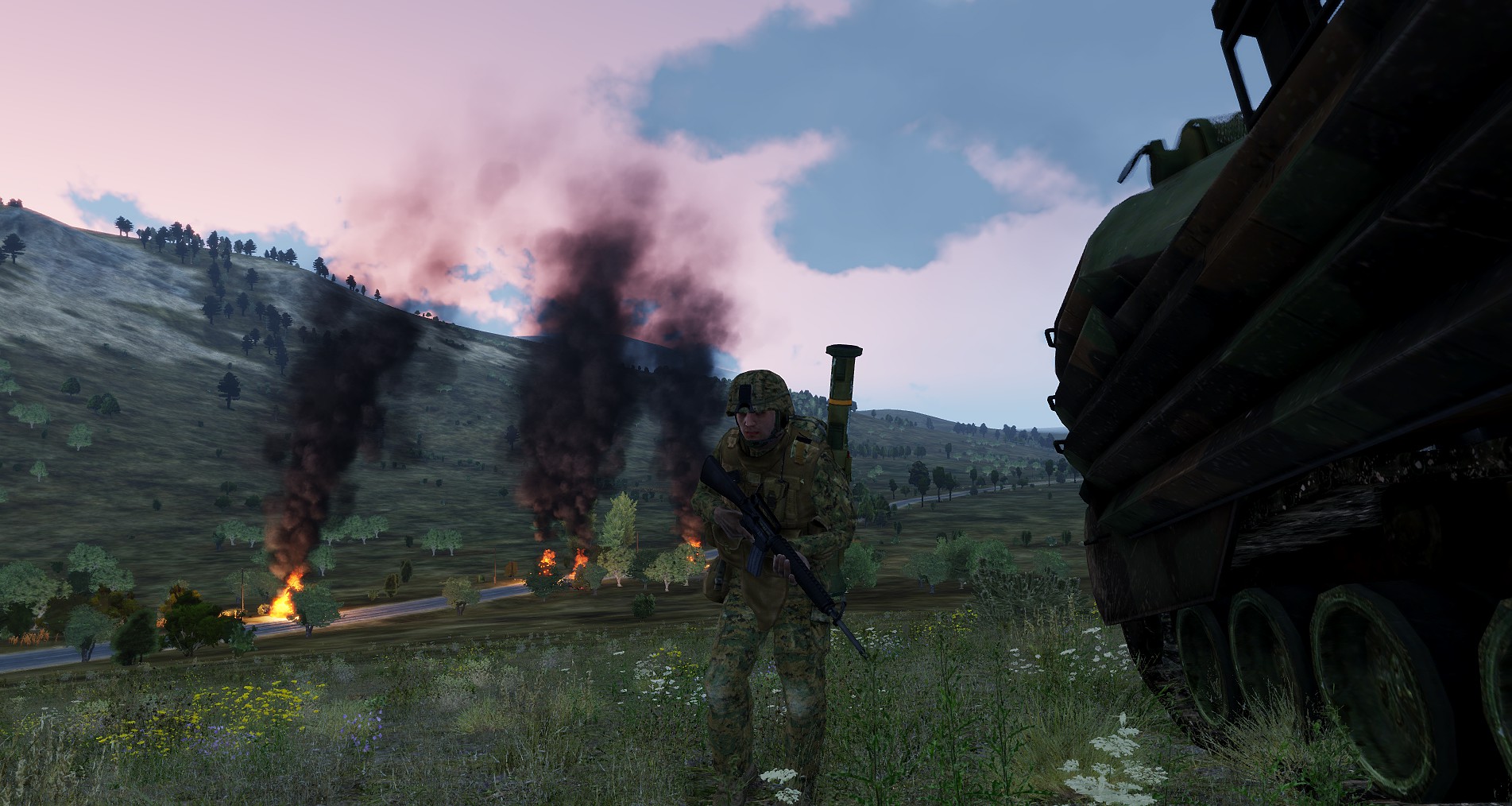 Mission
The invasion on Chernarus is about to begin…

Know issues/constraints
-The AH-64D Sidewinder helicopter was not able to be obtained sadly. (It’s a AH-64D regular)
-The helicopter at the airfield blows up randomly

Hints
As soon as the planes take off, make Tim aim at them (R default), Tim’s aim should be good enough on most cases.

Hearts and Minds is a cooperative mission that aims to recreate a post war environment based on an insurgency gameplay. CSAT forces retreated from Altis and NATO deployed units and vehicles to help the local population. A new formed group, known as “Oplitas”, is againts the NATO intervention and it is ready to fight back.

You main task is to defeat the “Oplitas” group and restore peace and order in Altis. The militia has an unknown number in the island that need to be destroyed. They have also ammo caches in various locations, destroy them to weaken its power.

Bad actions cause bad effetcs.
Infact there’s a reputation system: helping the local population, fighting the “Oplitas”, disarming IED will rise your reputation; killing civilians, losing vehicles, respawns will decrease your repution. At the beginning you have a very low reputation level, so civilians won’t help you revealing important information about Oplitas, they will likely lie instead.

Any support or feedback is always welcome and appreciated!

Defend your radar installation from an impending Russian attack! 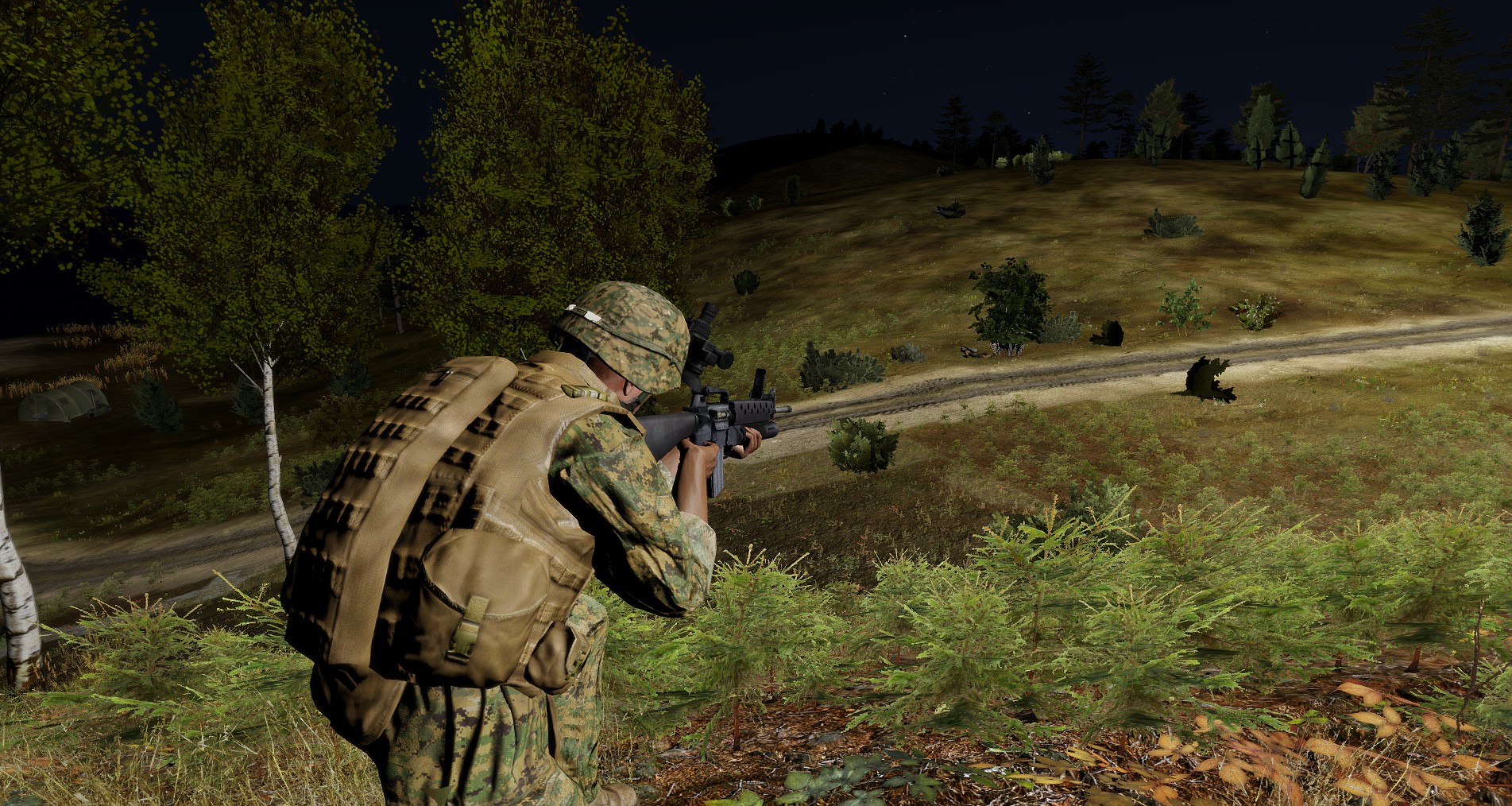 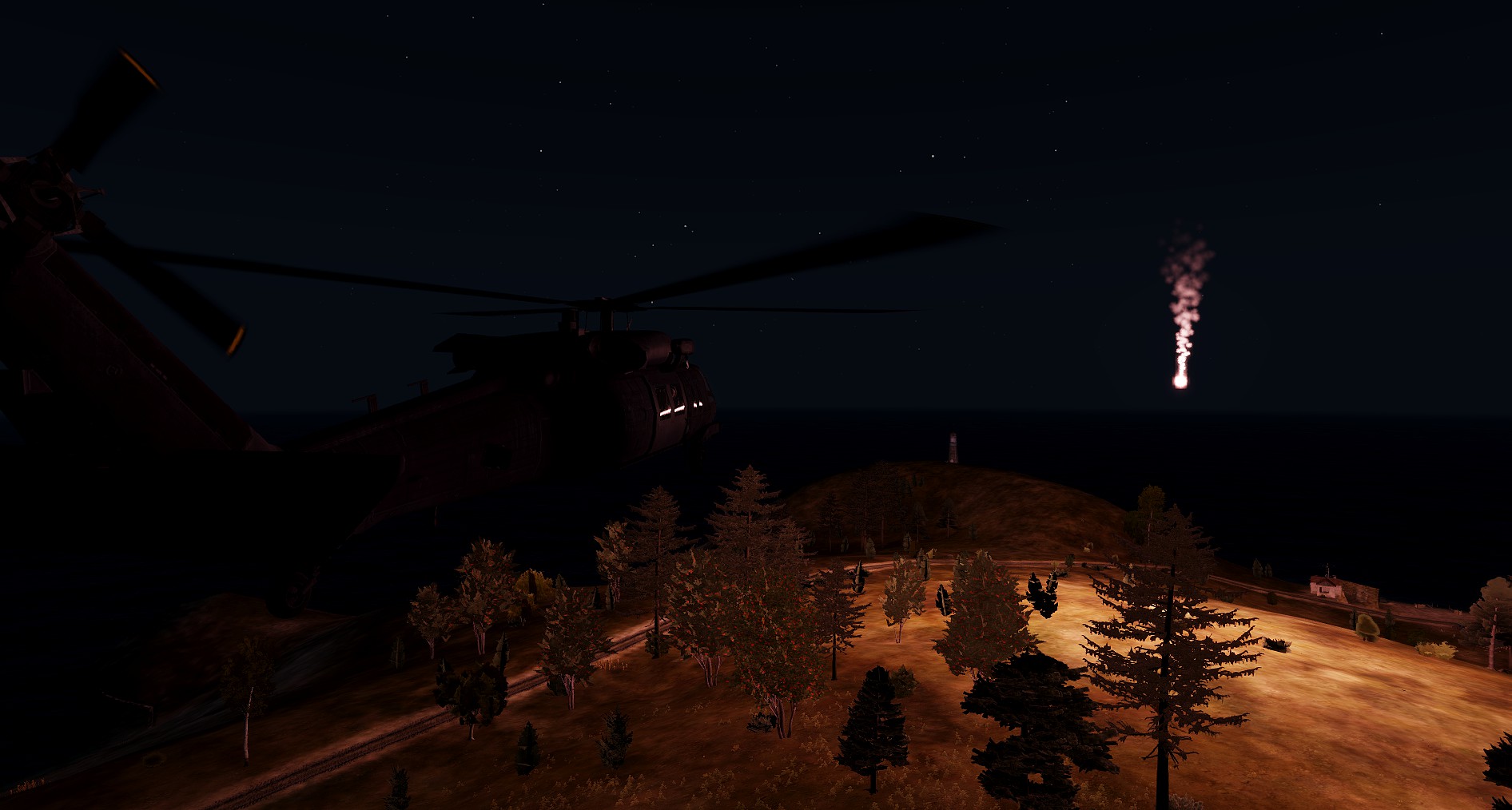 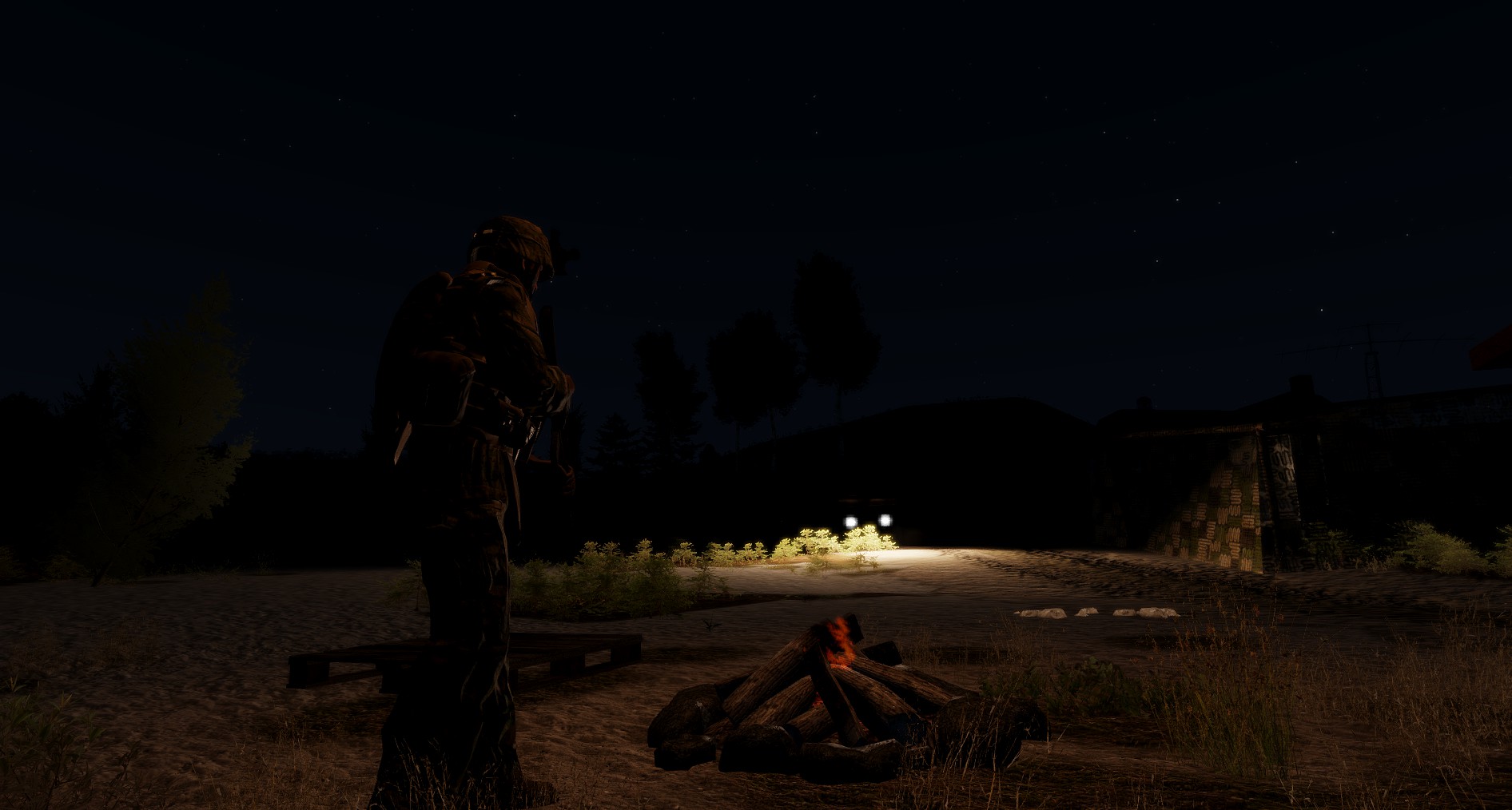 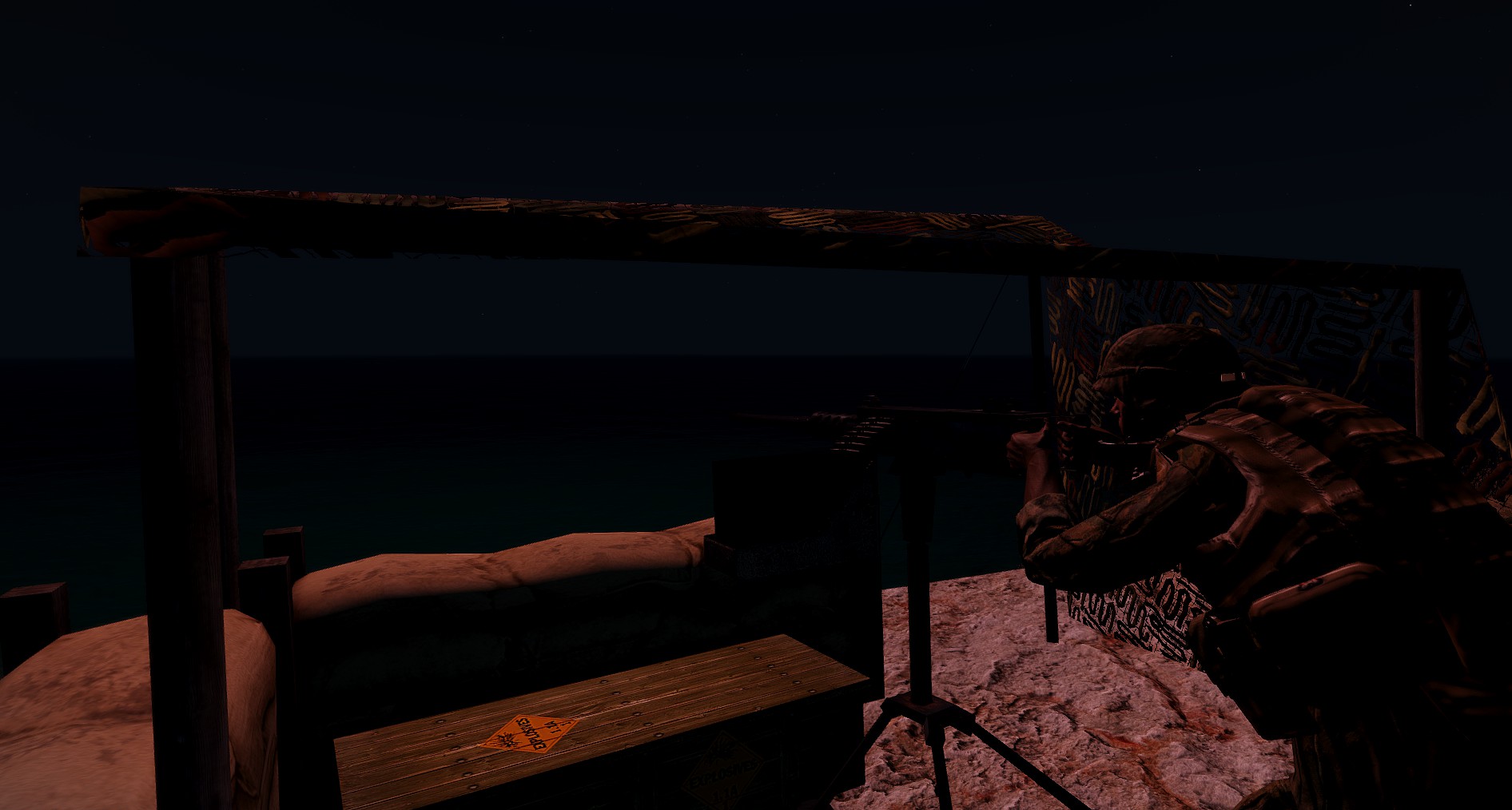 Co-ordinate a major operation. Take down guards, destroy a convoy and seize the town. Radio support from other squads, cover them with your sniper rifle and defeat the enemy… 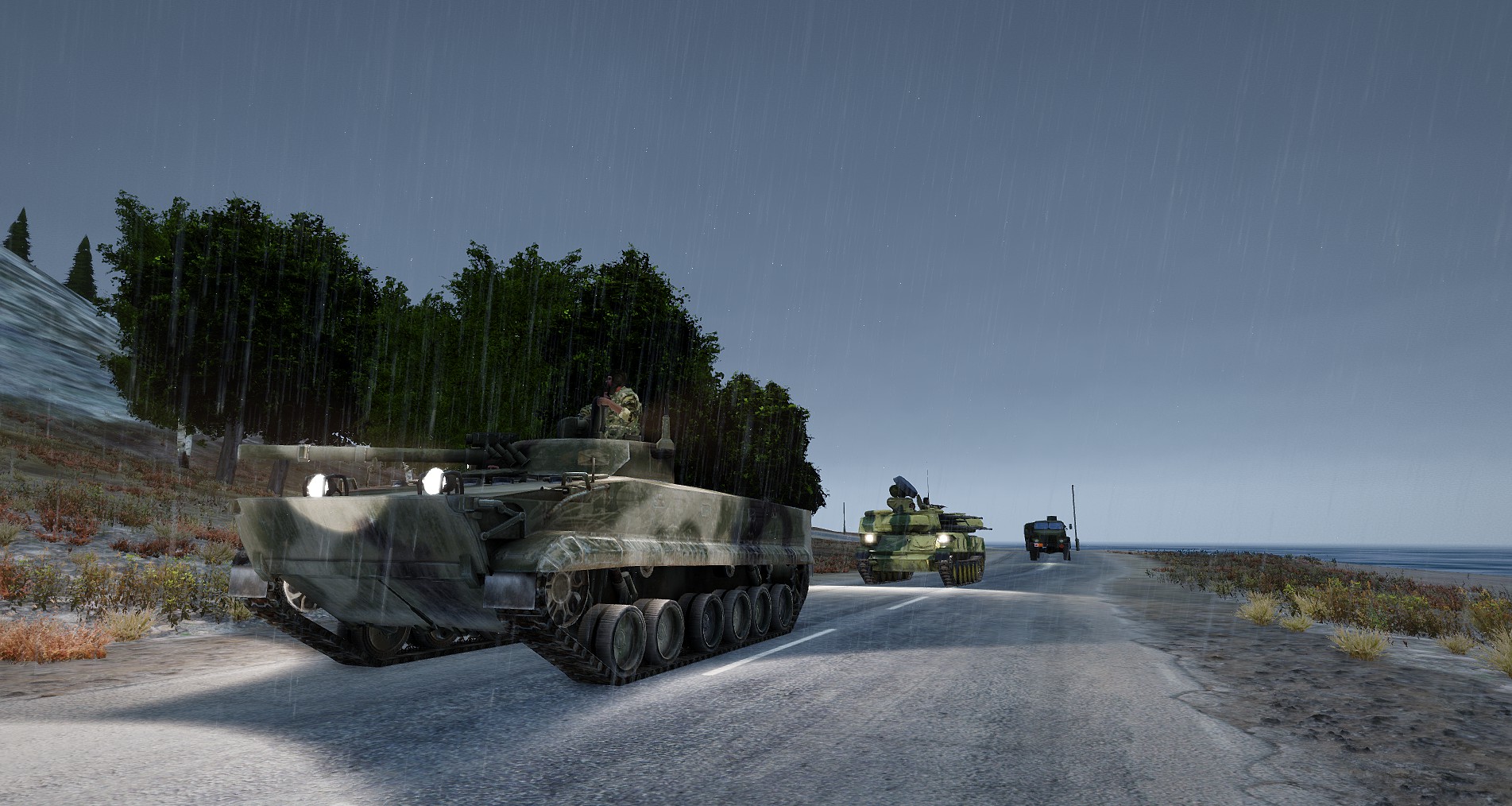 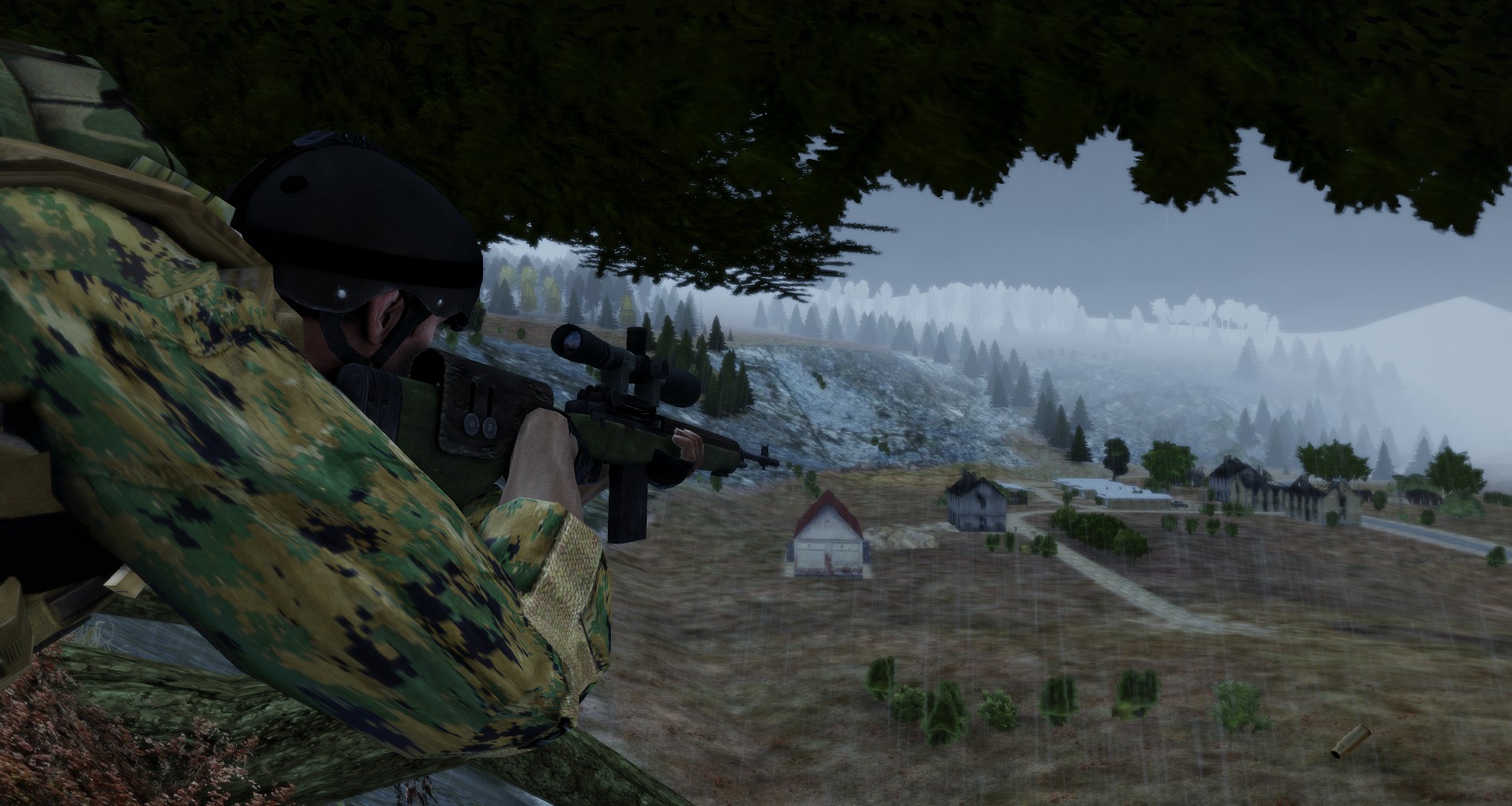 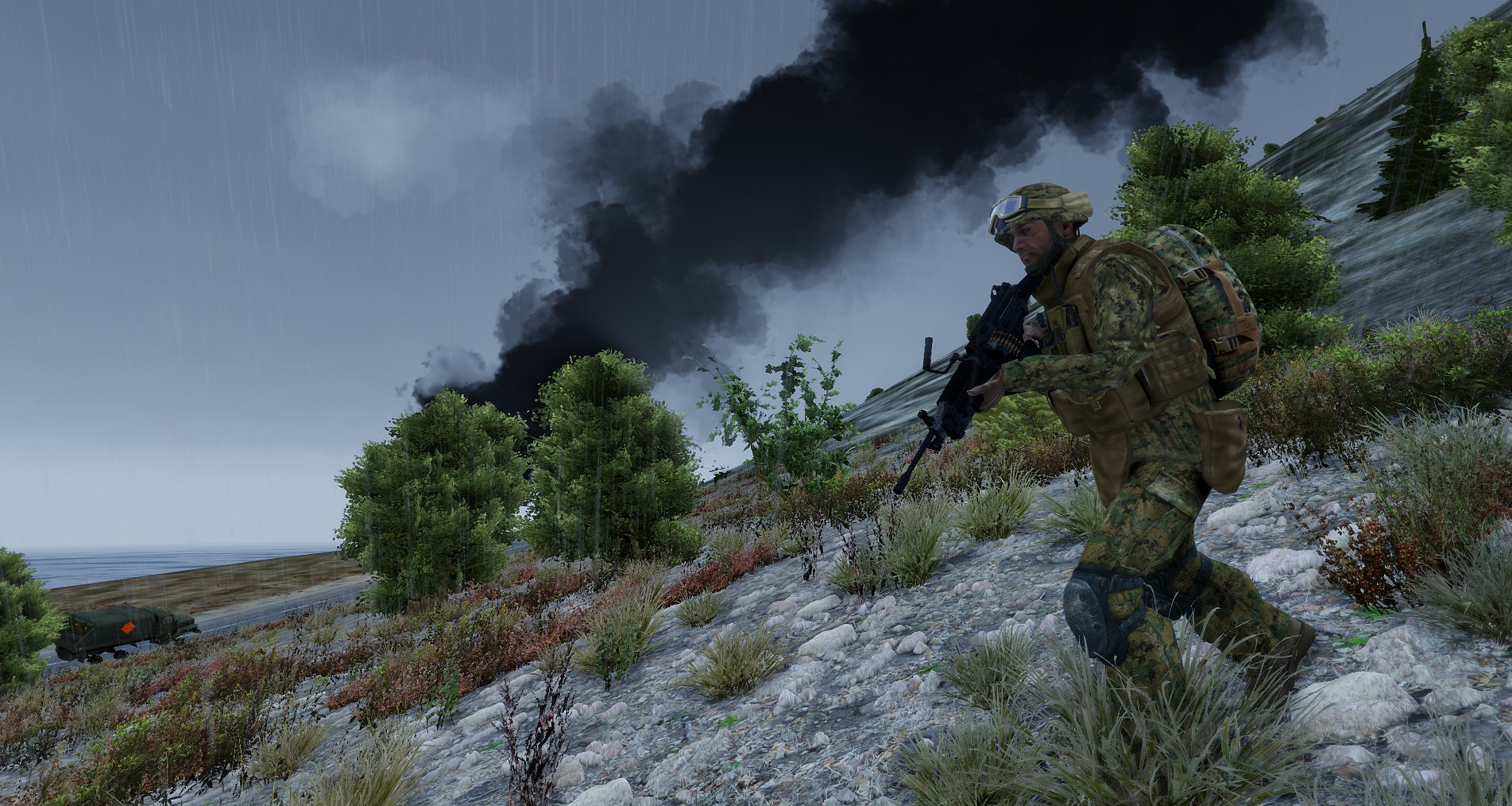 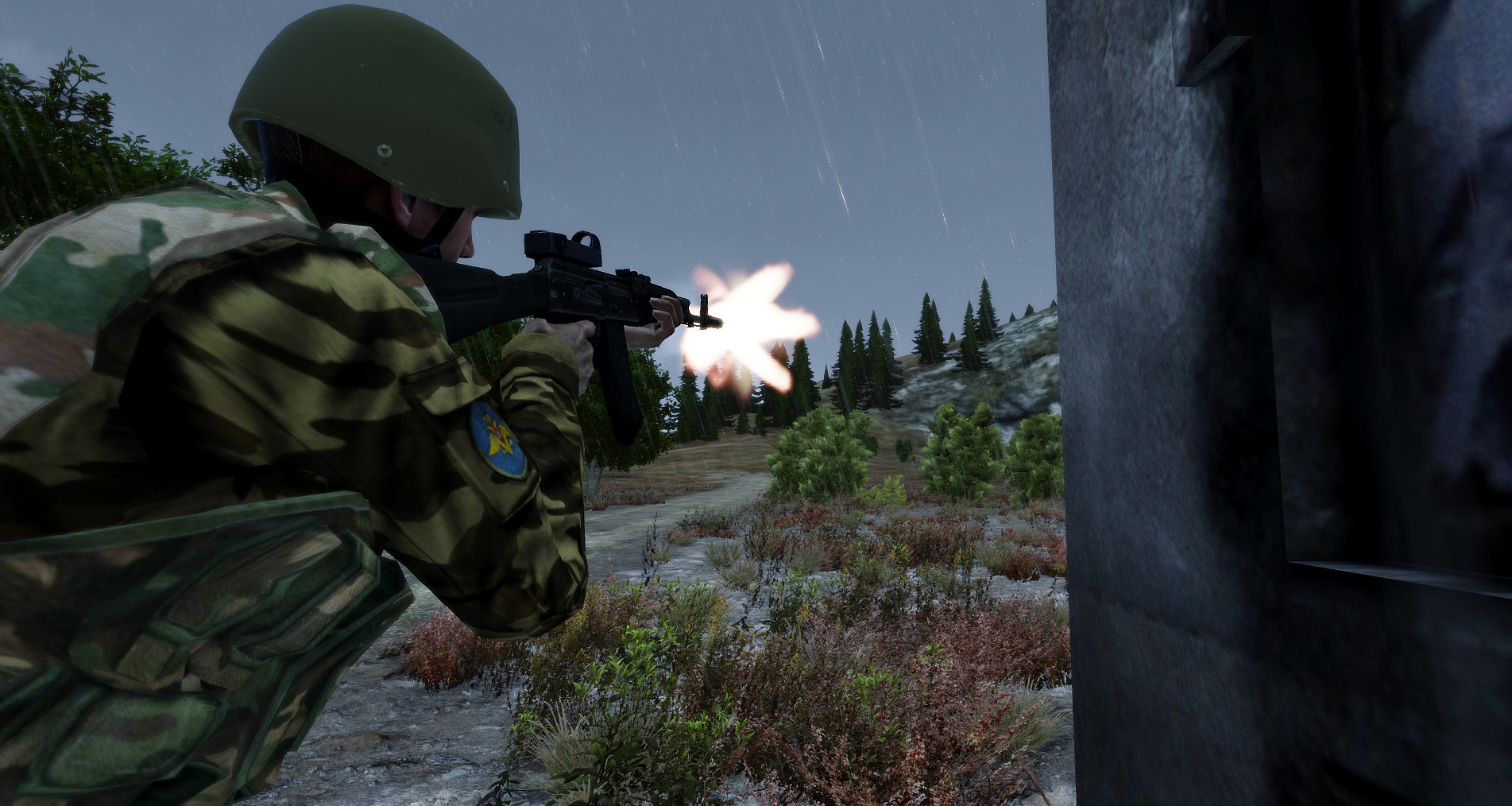 A saboteur mission to destroy an electrical substation on the hostile airfield in the Crimea. 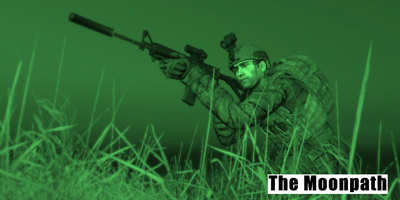 The Russian Military goes head-to-head with Ukraine in a land grab over Chernarus.

Multiple bases to choose from for respawn

You are a member of the Russian Armed Forces, tasked with taking and holding key infrastructure around the map. Designed as a long term persistent campaign, this is a full-map battle where players are encouraged to patrol and use all of the tools at their disposal to cut off resources to Ukraine.

Recommended but not required: Advanced Rappelling by Duda and ASR AI by Robalo. The British Royal Marines knock on the front door of the Taliban’s most important stronghold: The Federally Administered Tribal Areas of Pakistan.

CAS and logistical support
The full suit of ALiVE features including suicide bombers, IED’s and VBIED’s
Ambient civilian traffic
Multiple bases to choose from for respawn
Headless client support
Ambient Middle Eastern sounds (provided by AuTigerGrad)
Intelligence on dead bodies
High Command resupply vehicles
Persistence (with a dedicated server registered to ALiVE’s War Room)
A Mini prison for those of you who like to round up and detain civilians

As a traditional ALiVE Assymetrical Insurgency mission, the idea here is to replicate a long-term persistent campaign, going out on patrol, talking to the locals, clearing and holding towns, and destroying the enemy resources. For more insight on how to play, please read the “How to play” section in the mission briefing area. For a more in-depth analysis of what the bells and whistles of an ALiVE Insurgency entails, here is an excellent breakdown from the ALiVE wiki.

Recommended but not required: Advanced Rappelling by Duda and ASR AI by Robalo.